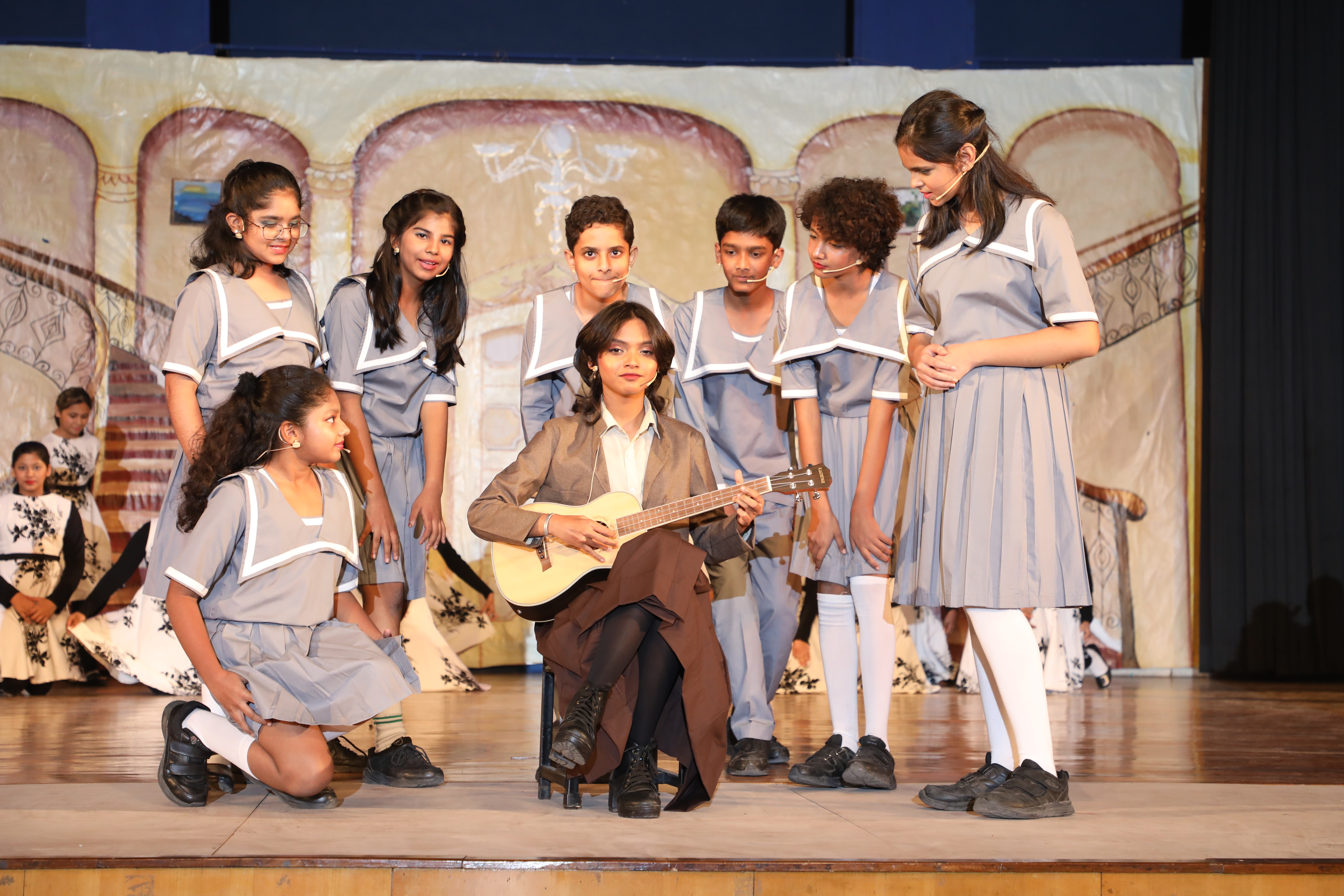 The Sound of Music

Father Agnel School, Noida held its Annual day on 3rd of December. The school was lit up by the lively chatter and banter of the students as they got ready for the most exciting evening of the year.

The event started, as is tradition, with a prayer service for the successful flow of the event followed by the Director’s Awards, presented only to the top achievers of the graduating batch of the current academic year. Next, a tribute of harmony was presented to lord Ganesha by the school’s Hindi choir, this tribute was made glorious by the graceful movements of the dancers that followed the beats.

The stage was then lit up by the flaming passion of the Hindi choir’s rendition of the song, ‘Gaye Ja’, presented after years of practice this lit stage was then showered upon by the muses themselves as the students presented the school dedication song.

The musical, which stood as the essential soul of the event, was a commemoration of the Von Trap Family singing crew’s story was based on the rendition that Christopher Plummer and Julie Andrews gifted the world in the movie adaptation of the tale.

The musical, truly did engrave in everyone’s heart, a sense of dedication towards their family and a love, for singing in nature, thus making the fiesta of music, a grand success.