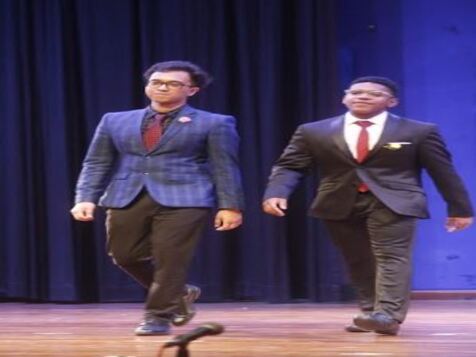 On 17th March 2022, students of Class XII closed the door to their past and opened the door to their bright future. After all, in life, every ending heralds a new beginning. A Farewell programme was organised by the students of Class XI for their seniors- with a theme befitting the occasion ‘Tomorrow to fresh woods and pastures new’ inspired by the poem Lycidas by John Milton.

The event started with a short prayer invoking the blessings of the Almighty and a Vandana. The prayer was followed by a ‘Ramp Walk’ by the students. Subsequently, the judges for the event were welcomed which was followed by an invigorating dance performance on Bollywood songs.

And then the fun began! The students of class 12th played games such as ‘Tie the Knot’, ‘Musical Chairs’, ‘Try Not to Pop It’ and ‘Wrap it Up’ which resulted in lots of laughter, fun and frolic. This was accompanied by melodious musical performance and an enthusiastic dance performance by the 11th graders.