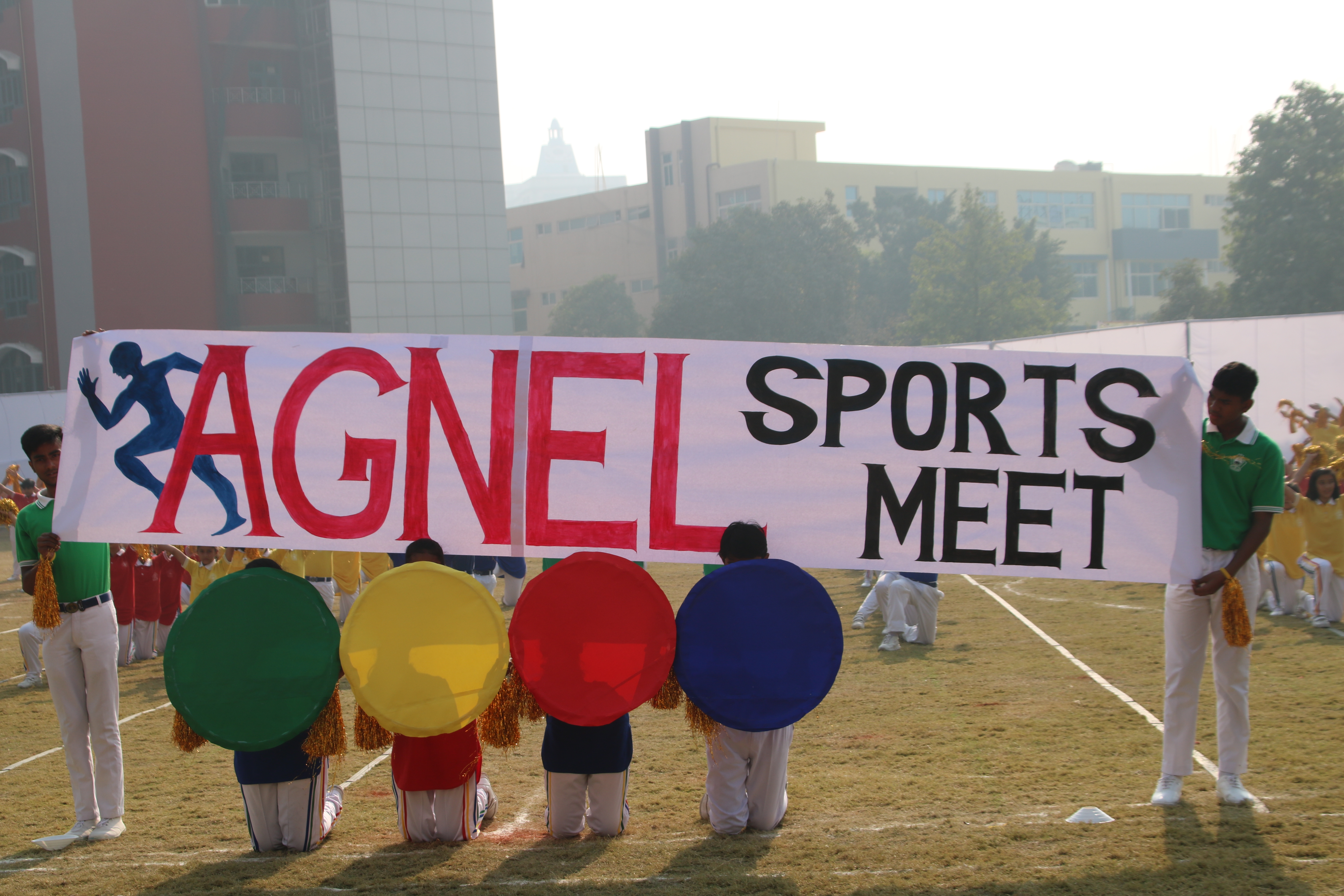 Father Agnel School, Noida hosted the Interschool Sports meet on 26th November 2022. All four sister branches of our school i.e. Father Agnel School Noida, Greater Noida,Delhi and  Vaishali participated enthusiastically in the event. IPS, Dr. Rohit Kumar and his wife, Dr. Vishala, were welcomed by our director Father Carvahlo, as the chief guests for the occasion. After addressing the gathering the chief guest declared the sports meet open which was followed by a  magnificent march past. The students then took an oath to embody the true spirit of sportsmanship.

The field was filled with the spontaneous commentary of the student comperes and the cheering of the crowd, riled up by the spirit of friendly competition. The whole event was also streamed live on Youtube for the parents to spectate from the comfort of their homes. The event ended with the distribution of prizes, out of which, the rolling trophy was bagged by Father Agnel school Greater Noida.