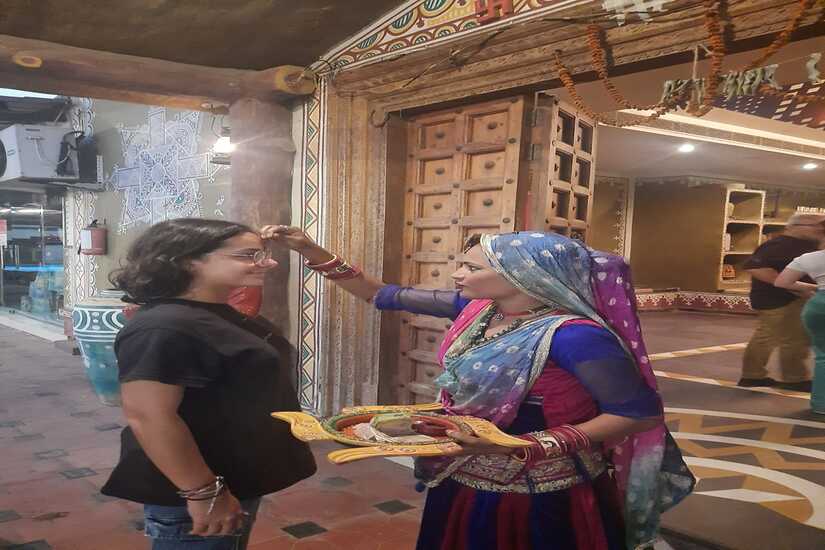 After school hours, French delegates were accompanied by their correspondents to Choki Dhani, Sonipat. After a long bus ride, the students were welcomed by Indian greetings with Tilak on their foreheads and dhol playing at the entrance. Several rides including the well known camel ride was appreciated by the students.The students were also invited to join the Rajasthani dance which had them overwhelmed with joy. The pupils' thalis were then filled with traditional Rajasthani delicacies as a last course.