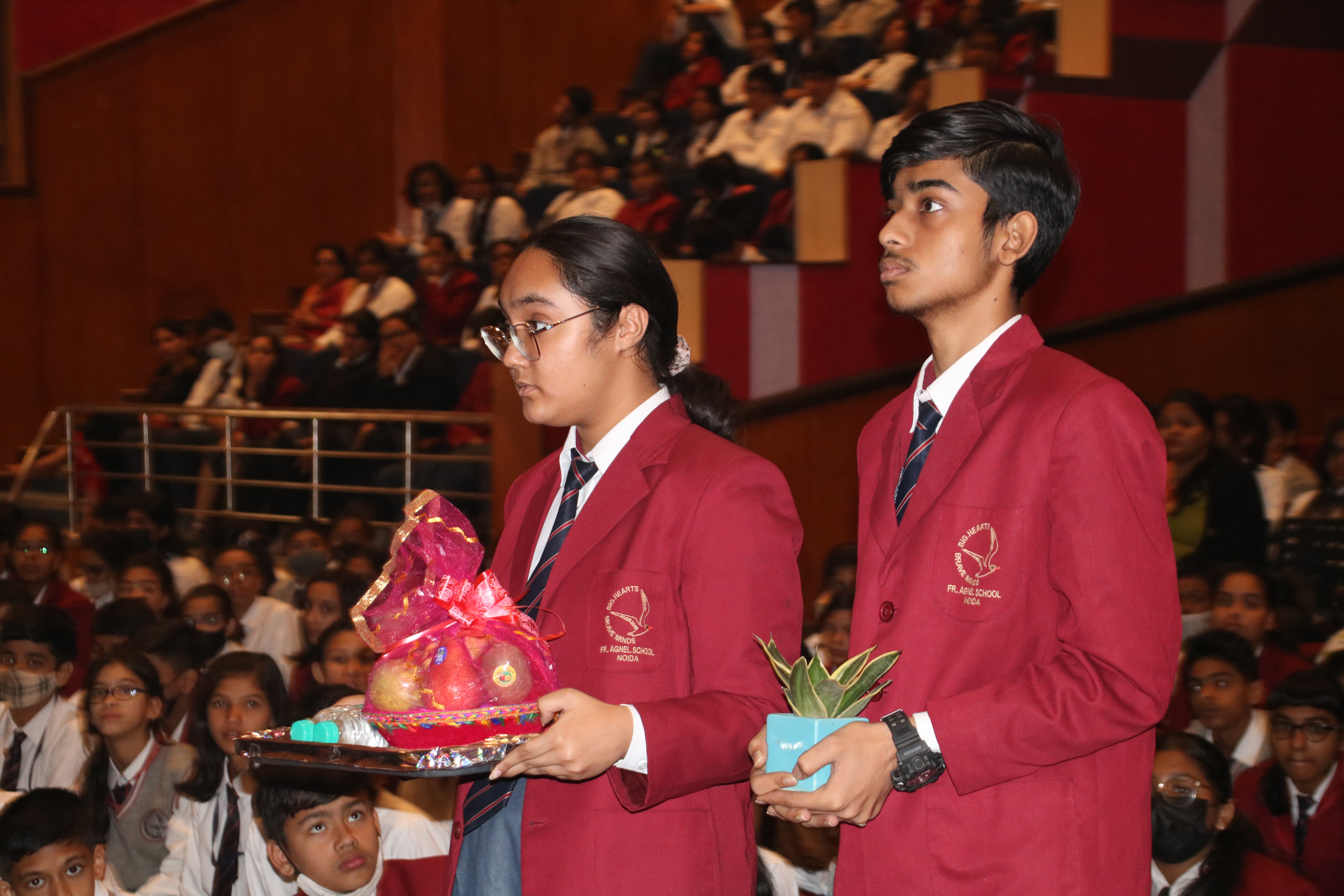 The students of Father Agnel School, Noida honored Father Agnelo De Souza on November 20, 2022 on the occasion of his death anniversary. Father Carvalho began the Holy Mass with an introductory prayer which was followed by readings from various religious texts. In his sermon he emphasized the fact that, despite our varied religious affiliations, we all believe in the same God. He talked to us about some of his experiences with people who still believe in God's love. The choir  led by Mr. Paul performed beautifully.  After Father Carvalho gave his final blessing the Holy Eucharist was distributed and the congregation sang the school hymn "O Brilliant Star" to conclude the ceremony.