What We Believe (our vision)

What We Want to Do

Our Crest (what guides us)

Our Logo (what drives us) 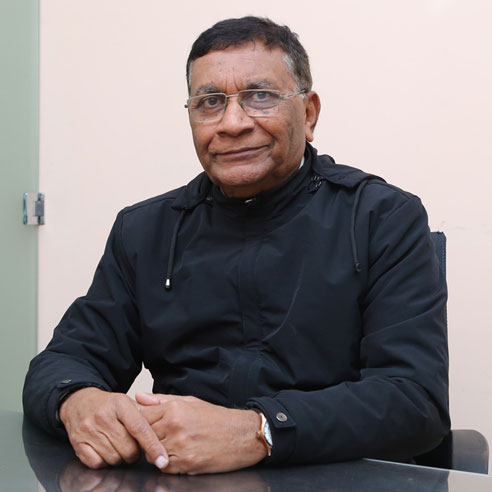 COVID RESILIENCE THE POWER OF YOU!

We are eagerly waiting for the pall of fear and uncertainty, that has kept us under its spell for a whole year, to fade, and give way to normalcy. The pandemic, something that we wish we never had, taught us some unlikely lessons. The two most important: the limitedness of our human mind and the power of resilience. Both in their own right, imply some of the fundamental factors that define human life and its challenging nature which sometimes defies our understanding, yet shows us, there is always, a winning way out.

Covid – 19, was the unlikeliest of an uninvited alien who gate crashed into our homes, schools, factories, streets, offices and the world around us. Normally alien invasions are fought with weapons of war or scientific weapons, medicines. In this however, both were powerless therefore useless. There was only one weapon that worked – RESILIENCE.

Resilience is the power you have inside you to constantly adapt to new and challenging situations, to resist the assault or to build your own offense mechanism, and continue to go on. This is the only verifiable element in the Universe that has led to the survival of life in it. Without it, this world as it is today, would not have survived at all. From the Amoeba to the Titanosaurus ( huge dinosaur that could have weighed upto 100 tons), from the tiniest of lichens to the biggest Baobab tree (with trunks upto to 30 feet), the history of survival only speaks of resilience. Each of them is a story of resilience or the lack of it.

For any tree to survive, it needs to remain grounded, have the capacity of store enough water to survive, and be stiff enough to withstand raging winds and sand storms or be flexible enough to trick the same and reproduce. For any animal to survive, it must be able to brave the weather, ensure its food supply and defend itself against attacks and reproduce. Resilience is the art of survival, to stay standing, hold your ground and go ahead in spite of odds. People often describe this as courage, but courage is in fact the stuff of resilience. Even when you are confronted with an enemy or a situation where you either fight or take flight, the choice is the result of your inner resilience.

Resilience requires that one is rooted, grounded – which in other words, means that one carves for himself (herself) a sum total of beliefs, personal strengths (ego), relationships and knowledge that allow him or her to keep going in spite of odds to the contrary, however seemingly unsurmountable. When one is struck with tragedy, irreparable loss, human or of means, such that it is humanly impossible for an observer to understand, there is a variety of response types: some give up, others fight their way out in poverty and deprivation, pain and being alone (not lonely), and still live apparently decent lives or even others who come out even more glorious.

The essential reason for this mysterious variety of outcomes, is resilience or lack of it. Being grounded also means being anchored in a belief system ( set of convictions) that internally make a person, struck with tragedy or seemingly unbearable situation - stay standing, as by a force that is holding him (her) there in a space of his (her) own, however small it may be. This anchoring implies a real, or understood as real Someone/Something, whose power is considered higher than the sum total of the elements that pull him (her) down, drown him (her) or render him (her) helpless. Any ‘other’ may not understand how that individual apparently frail, uneducated, helpless, is still holding on. Obviously everything that humanly could help him (her) do so, either is lost or does not exist – so how does it happen?

Superhuman Resilience is the power of connectedness with Someone/Something beyond the visible and the tangible – the Power of you, that one’s belief in the Divine Power provides and sustains him, with the sense of calm in the midst of storm, the sense of unattachment in spite of the all the material losses; this in fact is the true experience of oneself, minus all the paraphernalia of wealth, of wellbeing, of companionship and of social security. Ultimate resilience, and the ability to stand up against all odds – is the triumph of the human spirit, one that cannot be simply described by the sum total of elements of our intellectual, emotional and social strengths – but rather beyond all those.

One of the most important challenges of the parents and teachers today, in a fast fluid world is to provide the kids the anchor they need – the pivot where their life’s dreams and pursuits can be duly anchored which at the same time will provide the kids the wings to fly and the wind beneath their wings! This indeed can turn every child’s dream into a reality, because it will allow your children and yourselves to be always on the top, since you are anchored on a Pivot that will keep you safely tethered where you want to belong!